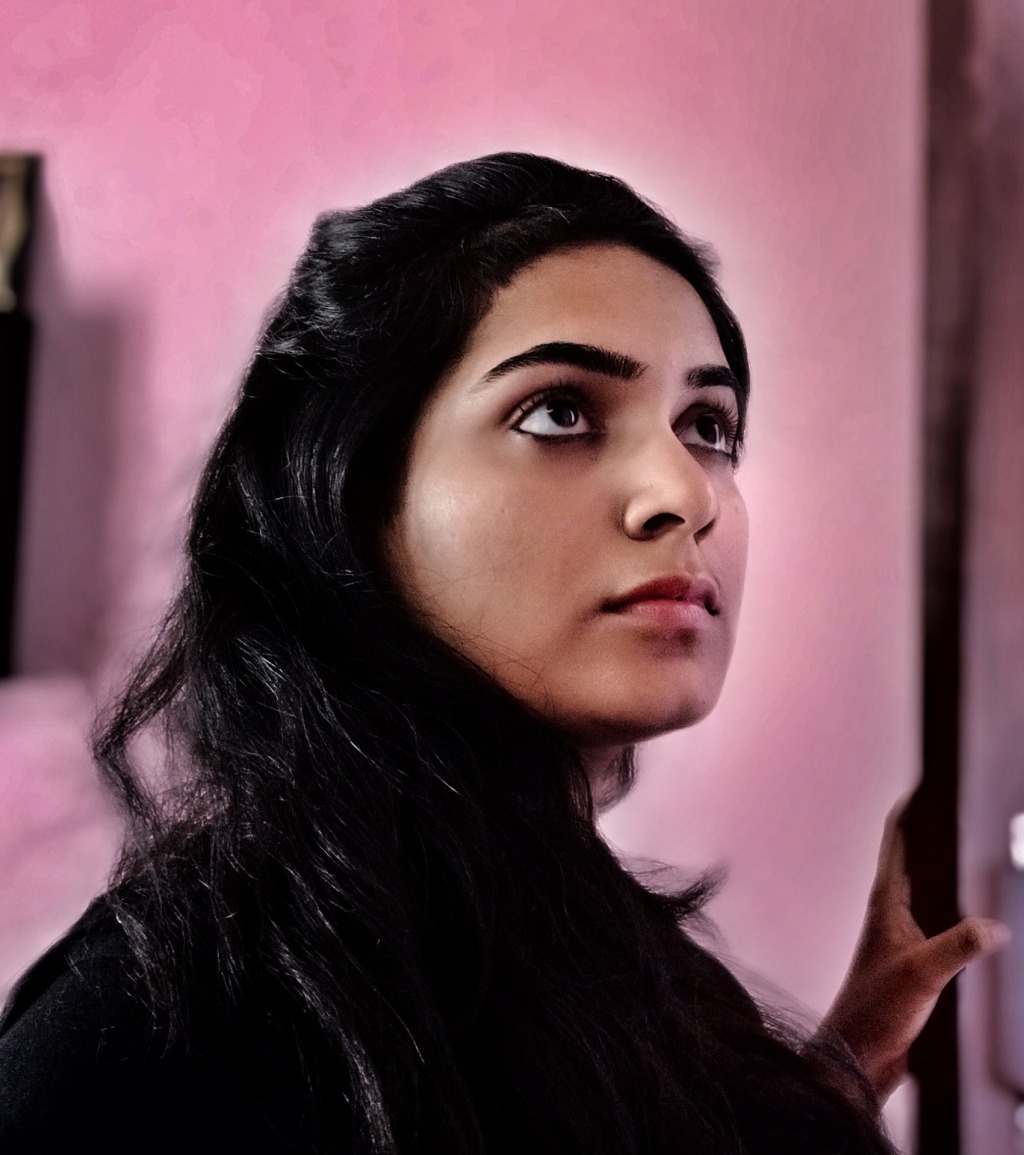 *This article is a part of a series exploring the abortion services in 4 districts of Karnataka.

To read on Ballari, the first article in the series, please click here.

Shimoga is a place that might not ring a bell to many. But Jog Falls for sure is that buzz word which brings adventure kicks and nature highs. Not many know that the famous Jog Falls is located in Shimoga district. Often Jog Falls gets synonymous with Karnataka. Home to many more waterfalls and splendors of green nature, Shimoga district is in the central part of Karnataka, a South Indian state. Heggodu, a tiny village in Shimoga has global standing in the world of theater. Heggodu’s pride NINASAM is a one of a kind organization that brings a communitarian approach to enrich theater, films and publishing.

Introduction to the SAAF project:

As part of the SAAF (Safe Abortion Action Fund) project “Abortion is Care”, we charted out a plan to travel to Shimoga, assess and map out service providers who can give safe and legal termination of pregnancy in accordance with the guidelines of the Medical Termination of Pregnancy Act, 1971. What should otherwise have been meticulous fieldwork of weeks, ended up getting shrunk to a series of telephone calls to service providers during the COVID-19 pandemic. We had to adapt as there were no other means to reach Shimoga.

In the online spaces, Shimoga had no dearth in furnishing a list of doctors, hospitals and nursing homes which offer OBG services. For a person in distress, to find the right service providers to terminate a pregnancy, this surely comes as a quick initial relief. However, when you scratch beneath the surface, you will realize the information provided is not as accurate as it ought to be.

When Hidden Pockets Collective reached out to the listed hospitals and nursing homes, it was found that many of them did not have OBG departments. Some of these healthcare facilities are the leading and well-reputed ones in Shimoga’s private sector. However, when it comes to OBG services they do not offer OBG consultation services and yet their organization is listed in the networld for the services. One can choose to quickly dismiss these as carelessness of the online portals/ aggregators in verifying the information and thus the wrong representation of these organizations in the public domain. But for a person, especially a young unmarried woman, who opts to use the net to find trusted, safe and legal means to access abortion services, such carelessness can prove costly when she runs from door to door of these healthcare providers, only to be told that “we don’t have OBG department here.”

Empowering abortion choices. But for whom?

In all our works at Hidden Pockets Collective, rarely have we come across doctors who trust the women to take ownership of their bodies during an abortion. Hence, it was a bit of surprise when we learned of the empowering choices doctor A gave to her patients.

Medically Managed Abortion (MMA) at home is yet to be recieved well by both medical communities and laypeople as the usual norm is to have MMA in a clinical setup. Doctor A said that she is always in support of monitored MMA at home and she offers it to her clients when possible. The hospital she works for has differently priced packages for abortion and monitored MMA at home is the cheapest.

Doctor A is associated with a top private hospital in Shimoga. The hospital provides MTP for both the first and second trimester. Doctor A said that upto 90% of cases they handle are MMA. For clients whose pregnancies are under 7 weeks of gestation, they offer MMA. From 7 to 12 weeks, depending on the individual case, they will opt for surgical termination. Occasionally they also get cases above 12 weeks of gestation which inevitably will be terminated through surgical procedures. The costs of termination are all presented as “packages” and monitored MMA at home is the cheapest option. As much refreshing it was to hear this, amidst the notoriety of many private hospitals wanting to fleece off the patients, we hit a wall when it came to ensuring that all options are available for unmarried women. Doctor A refused to give the cost details of the various “packages” and closed the queries on costs with a statement that everything is reasonably priced and at par with the standard market costs.

When asked about the access for unmarried women, doctor A said that the hospital holds no difference and the services are open to all. However, she highlighted that when signatures are needed for some surgical procedures, it is mandatory that a responsible bystander, preferably a first degree relative such as a mother, be present. This, of course, is not a legal prerequisite but an individual preference. She also added that male involvement such as a brother, father is discouraged as they have had cases in the past wherein ruckus were created and directed at the patients by the male relatives.

Parents have a say?

Many doctors who spoke to Hidden Pockets Collective said that they can provide an abortion for unmarried women. However, they insisted that parental involvement be there. It did not matter whether the woman who needed the service is a financially independent adult who has her trusted circle of people to take care of the patient bystander responsibilities. For the doctors, all that mattered is the presence of parents. According to the doctors, in events where complications can arise in certain cases of termination, it is best that parents are present to take up the responsibility of the woman and hence they insist on having parents involved. Such conditional access to termination for unmarried women is highly unhelpful, as most unmarried women will not dare to approach their parents. Premarital sex, pregnancy out of wedlock continue to be taboo subjects for most families and invariably continue to be tied to shame and guilt. It is unthinkable for many young women to bring their parents on board for their abortion. Hence the doctors’ “openness” for providing abortion services to unmarried women is null and void.

Doctor B was above and beyond all the fuss for parental involvement. She works in a leading private hospital in Shimoga and said the hospital has both MMA and surgical abortion. According to doctor B it is usually married couples who have approached the hospital for termination and personally she dissuades them from getting a termination if it is their first pregnancy. When asked whether she will refuse abortion for unmarried women, doctor B said that the hospital does provide termination for them and that she, as a doctor, has to respect the women’s decision to get an abortion. She reasoned that it is not easy in our culture to be unwed and pregnant and that she would rather have the unwed pregnant women get a safe and legal abortion than have them go elsewhere to get an illegal and risky abortion. Doctor B was unruffled by the “parental clause” which many other doctors in Shimoga had put forward to Hidden Pockets Collective. All doctor B was concerned about is that the woman is an adult and giving consent out of her own volition. However, there were challenges to navigate as the doctor said that from the organization’s point of view, the ultimate decision to provide the abortion services for unmarried women, rests on the hospital administration. She said she can vouch for the patient’s case to the hospital administration, but she can only proceed with their approval. Doctor B was hesitant to disclose the standard costs of MMA and surgical abortion and said she can do so only after the approval from hospital authority.

Field work amidst the pandemic

As the weeks go by and we all are starting to let it sink in: the virus is here to stay, we also are looking forward to having safe access to Shimoga. Our preliminary search, so far, has given us the narratives from doctors. We are eager to meet the communities and youth of Shimoga and hear what they have to say when it comes to accessing sexual and reproductive health services. We are sure that having the youth with us will help us see Shimoga through another lens.

Dr. Nishitha Aysha Ashraf is Programme Associate for SAAF Project at Hidden Pockets Collective. She completed her B.A. Journalism & Communication (2010) and Bachelor of Dental Surgery (2015) from Manipal, Karnataka. She has covered the Nipah outbreak in Kerala during her stint as Health Reporter with The News Minute (2018). The reportage furthered her interest to be a key player in public health/ community health. Her internship and work at SOCHARA – Society for Community Health Awareness, Research and Action (2019) was instrumental to learn more about the People’s Health Movement. She is keen on exploring the SRHR issues of Kerala, especially those amongst the Muslim and Christian communities.